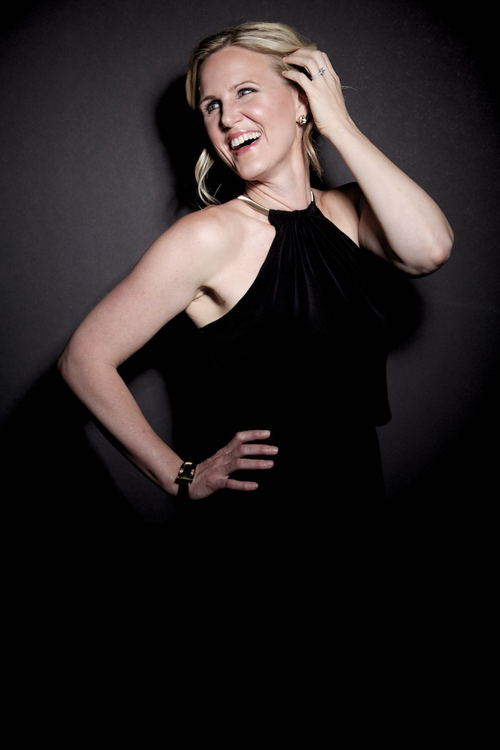 Mezzo soprano Lauren McNeese’s colorful, resonant voice and beautiful stage presence have established her as a sought-out artist in the leading lyric mezzosoprano repertoire. Opera News wrote of her portrayal of Dorabella at Lyric Opera of Chicago, “she has one of those distinctive timbres recognizable six miles away in the dark… with a sparkling quality”.

In 2018 she appeared as Wellgunde and Rossweisse in Der Ring des Nibelungen with the San Francisco Opera conducted by Donald Runnicles, where she also covered the roles of Fricka in both Das Rheingold and Die Walküre, and Waltraute in Götterdämmerung.

Engagements for 2016-2017 season included her return to Intermountain Opera as Donna Elvira in Don Giovanni, the title role in La Cenerentola with San Diego Opera, The Fox in The Cunning Little Vixen with Opera Santa Barbara and the title character of Savitri with Opera in Concert in Dallas, Texas.

The 2014-2015 season included her appearance as Angelina in La Cenerentola with Tulsa Opera, covering Venus in Wagner’s Tannhäuser with Lyric Opera of Chicago, and her return to Dallas Opera as Laura in Tchaikovsky’s Iolanta. The 2012-2013 season marked her Metropolitan Opera debut in Wagner’s Parsifal. Additionally she made her role debut as Giovanna Seymour in Donizetti’s Anna Bolena with Minnesota Opera and returned to Intermountain Opera as Dorabella. In 2012 she made her debut with Dallas Opera and returned to San Francisco Opera and Ravinia Festival as the Zweite Dame in Die Zauberflöte.

In the 2010-2011 season Lauren McNeese made her role debut as Hansel in Hansel and Gretel with Intermountain Opera followed by her return to Michigan Opera Theater as Cherubino in Le nozze di Figaro. Ms. McNeese also appeared at the San Francisco Opera as Wellgunde and Rossweisse in the critically acclaimed production of Der Ring des Nibelungen directed by Francesca Zambello and conducted by Donald Runnicles. During the fall of 2010 Ms. McNeese made her debut with the Los Angeles Philharmonic as the mezzo soloist in the dramatic symphony Roméo et Juliette by Hector Berlioz conducted by Charles Dutoit. In the 2009-2010 season she appeared with the Ravinia Festival as Cherubino in Le nozze di Figaro, made her Pittsburgh Symphony debut as the mezzo soloist in Mozart’s Requiem under the baton of Manfred Honeck and appeared with the LA Opera as Wellgunde in Der Ring des Nibelungen conducted by James Conlon.

A graduate of the Patrick G. and Shirley Ryan Opera Center, Ms. McNeese has been seen on the Lyric Opera stage as Dorabella in Cosi fan tutte conducted by Sir Andrew Davis, Cherubino in Le nozze di Figaro, Siebel in Faust, Wellgunde and Rossweisse in Der Ring des Nibelungen, Zweite Dame in Die Zauberflöte, Lapak the dog in The Cunning Little Vixen, Edith in The Pirates of Penzance, Flora in La Traviata and Myrtale in Thaïs. She has also appeared with the LA Opera as Zerlina in Don Giovanni, Wellgunde in Das Rheingold, Karolka in Jenůfa, La Ciesca in Gianni Schicchi directed by Woody Allen, Tebaldo in Don Carlos and Javotte in Manon conducted by Plácido Domingo.

Other recent engagements have included her debuts with the San Francisco Opera as Wellgunde in Das Rheingold conducted by Donald Runnicles, Arizona Opera as Dorabella in Cosi fan tutte, Opera Company of Philadelphia as L’enfant in L’enfant et les sortilèges and La Ciesca in Gianni Schicchi, Michigan Opera as Stéphano in Roméo et Juliette, and PortOpera as Rosina in Il Barbiere di Siviglia and Stéphano in Roméo et Juliette. She has appeared with the Minnesota Opera as Donna Elvira in Don Giovanni, Cherubino in Le nozze di Figaro and Bellino/Teresa in Casanova’s Homecoming by Dominick Argento, the Wolf Trap Opera as Isolier in Le Comte Ory where she was awarded a Shouse Education Career Grant and with the Festival dei Due Mondi in Spoleto Italy as La Ciesca in the reprisal of the critically acclaimed LA Opera production of Gianni Schicchi. In concert Ms. McNeese has appeared with the Toronto Symphony as the mezzo soloist in Mozart’s C Minor Mass conducted by Helmuth Rilling and the Cincinnati May Festival as the mezzo soloist in Mozart’s Requiem conducted by James Conlon.

While actively performing, Ms. McNeese discovered she also had a passion for nutrition and wellness. She pursued this passion at The Institute for Integrative Nutrition in New York and in 2011 became certified as a Holistic Health Coach. Ms. McNeese had experienced first- hand what a busy career can do to the body and mind. Her mission is to help others navigate the nutritional stressors in their lives and offer them valuable information that will help them in their pursuit of optimal health.

Photography on Home, Bio, and Schedule pages by Kelly Williams